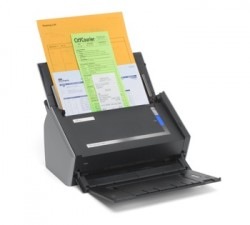 Here are some of the features that I have found out about so far:

Here’s a video with the Product Manager for the S1500 by Terry Brock that gives the first preview that I have seen of the new ScanSnap.

According to the video, it will be available sometime in Spring 2009. Looks pretty sweet!

Wow if that is the case that is tremendous!!! Thanks for the tip. The fact that up until now devices only worked on Mac or PC was so 1996.

Fujitsu Canada has gotten back to me and advised me this will have cross-platform drivers so you can finally buy 1 device and have it work on both OS X and Windows. The -M product differentiation should be the bundled software. Yay!