Years ago I read article by blogger Darren Barefoot in which he relates how he likes to check out what the smart people are doing with respect to their tools. That article has always stuck with me, because I tend to follow the same approach.

With that in mind, I’ve noticed that a number of “tech celebrities” (for lack of a better term) are using the Fujitsu ScanSnap. Here’s a rundown of a few of them.

I’m assuming that you know who Tim Ferriss is. In case you don’t, he’s the author of the wildly successful book The 4-Hour Workweek.

Tim has been a big ScanSnap champion for a long time, declaring the S300 (the old version of the ScanSnap S1300) “easily the best peripheral I’ve ever owned” and one of 13 X-Mas Gifts That Can Change Your (or Save) Your Life.

Not only that, but he’s been known to do some ScanSnap troubleshooting on Twitter as well. 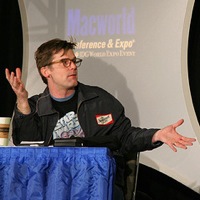 Merlin Mann is a writer and the creator of 43folders, Kung Fu Grippe, and contributor to You Look Nice Today and MacBreak Weekly.

In many ways, it is these two 43folders posts about the ScanSnap S500M and S510M (old versions of the ScanSnap S1500M) that started me down the long and treacherous DocumentSnap road. 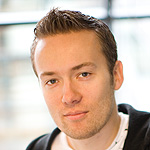 David Heinemeier Hansson is the creator of the Ruby on Rails web framework and is a partner at 37signals.

David, or “DHH” as he is often known, splits his time between Chicago and California. In an interview at Usethis, he says he has a ScanSnap S1500M at both locations to take care of documents. Good idea to have one in both places. 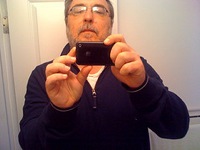 Dave Winer is known as both “the father of RSS” and also is one of the fathers of podcasting. I remember the early “Trade Secrets” podcasts with him and Adam Curry, before iTunes even had podcasting support. He has written at Scripting News for a long, long time.

Dave has blogged about his ScanSnap S1300 a few times, first asking if it can really be as good as the reviews say, and then doing a size comparison with a Dr. Pepper can. 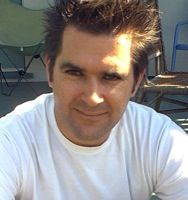 Mark Frauenfelder is the founder of Boing Boing, a small little tech culture blog. He’s also the editor-in-chief of MAKE.

Mark gave an interview with Herman Miller in which he calls his ScanSnap S1500M “my lifesaver” when combined with Evernote. His digital workflow looks pretty great.

Steven Levy is a renowned author and journalist. He’s the Senior Writer at Wired.

In the July 2010 issue of Wired, Unclutterer.com founder Erin Doland did an extreme office makeover and set him up with a ScanSnap S1500M. I love the office by the way. Awesome setup.

Now, does it really matter whether some tech celebrity or author uses a ScanSnap? Perhaps not. As I always say, you should always use the tool that works best for you. Having said that, I always like to keep an eye on what the smart people are doing and if nothing else, these guys are some of the “smart people”.

[…] to streamline their document workflow? Brooks Duncan at DocumentSnap names a few in his post “Which Tech Celebrities are using the Fujitsu ScanSnap?” and provides a little bit of insight on how each of them are utilizing it.  If you’re curious […]