Thanks to a tip from awesome DocumentSnap reader David, I see that there is an online update for the ScanSnap iX500 that adds support for the SV600.

To Install If You Already Have An iX500

If you want to see this in video form, I’ve created a short video.

What If You Don’t Already Have An iX500?

ScanSnap SV600 On The Mac

I started with scanning a book, and it did the same page detection as in my SV600 review on Windows. 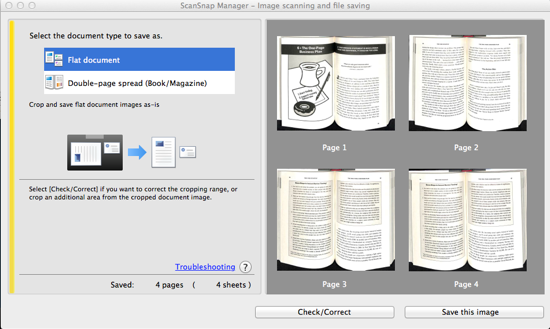 You can see the results of that book here. I scanned a magazine too.

I tried multi-document detection too, and it worked well. I scanned a card that my son made that would never fit in a document feeder, and a postcard. 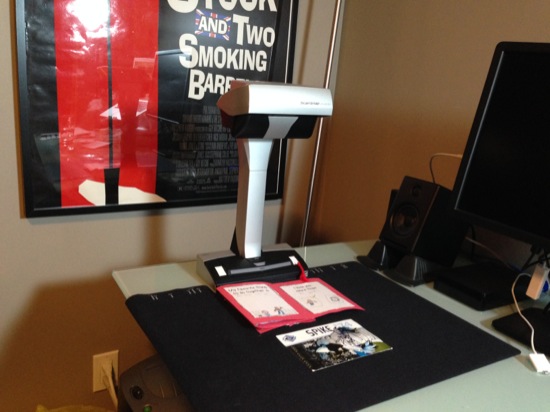 It detected them as multiple documents. You can see the results here. 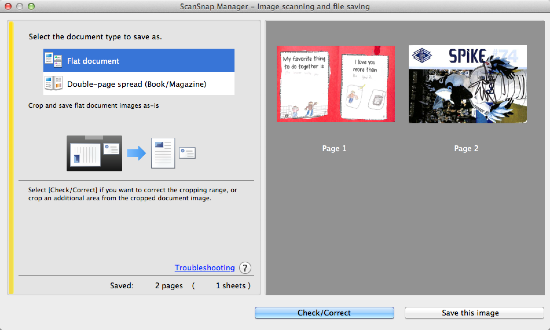 I’ve been waiting for the ScanSnap SV600 to be supported on the Mac, and now it is (sort-of) here. Hopefully it will be sold as a fully hybrid model soon.