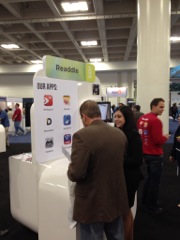 On my trip to Macworld/iWorld 2014, one my first stops was the Readdle booth. My goal was to get an answer to a question that has been on my mind for a while: what is the difference between the free Documents 5 and the paid PDF Expert 5? What is the deal with having two apps?

In talking to the Readdle folks, what they are up to is more interesting than I had expected. The question is not the Seinfeld-esque “what is the DEAL with all these apps?” but the real question is “where is all this going?”

Instead of thinking of Readdle’s products as a bunch of standalone apps, it makes more sense to think of them as an interconnected web of applications that can work together, each one accomplishing specific tasks.

I Love You iOS, but…

iOS is a great mobile operating system, but it has some limitations. These are arguably for the user’s benefit security-wise, but they can be annoying. For example: 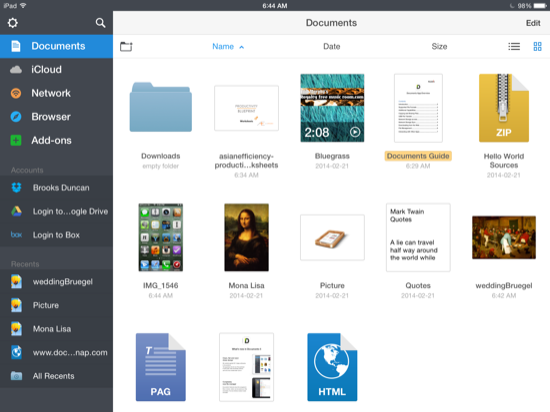 Readdle intends to address these limitations by having Documents 5 act as the iPad’s file system. You can store any type of file in the possibly-unfortunately-named Documents 5, and use that app as a hub.

In addition, they have baked in the ability for their apps to talk to each other and send information back and forth.

In Documents 5, Readdle calls their other apps Add-ons. These apps are all fully featured applications on their own, but when Documents 5 detects that they are installed, it exposes additional menu options. 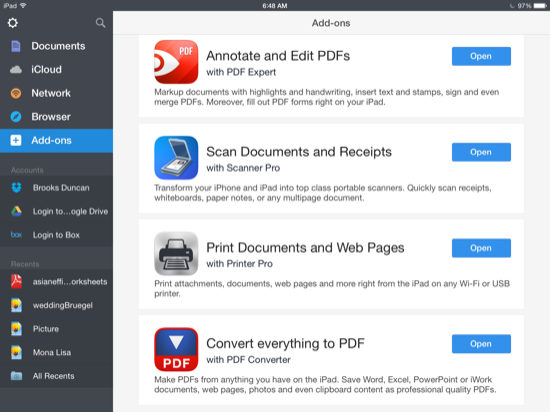 I first noticed this ability in Scanner Pro, one of my favorite mobile scanning apps. I was using it on my iPad, and after I had installed PDF Expert 5, I noticed a button I hadn’t seen before.

When I pressed the button, it opened the scanned PDF directly in PDF Expert 5 for storage/annotation. No need to go through the whole Open In… dance.

Having a one button document transfer is nice, but what is more interesting to me is the way that Readdle has given their apps the ability to pass data back and forth.

For example, if Documents 5 detects that PDF Converter is installed and you are viewing an image, Word doc, HTML file, or the like, you will see a Convert to PDF menu option. 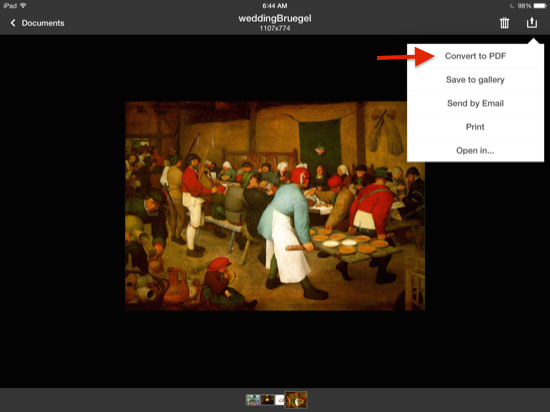 When you tap that, it will send the file to PDF Converter, let it do its magic, and then bring the PDF back to Documents 5, all within a second or so. No muss, no fuss.

Their Printer Pro app works similarly. If Documents 5 detects that it is installed, you can send your file there instead of relying on an AirPrint printer. 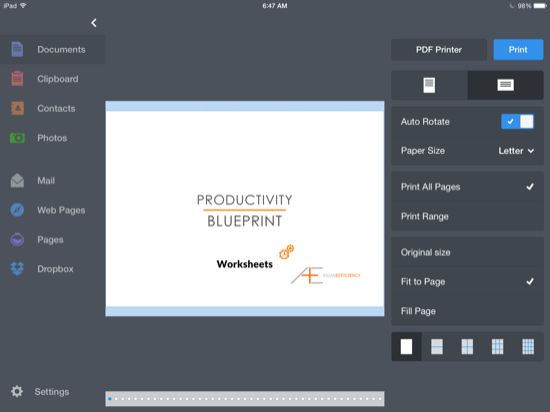 The interesting thing about this is that they have somehow embedded the Printer Pro functionality inside Documents 5.

One Ecosystem To Rule Them All

This is the first time I can recall seeing an app vendor create such a tightly integrated web of apps. Each one works perfectly well on its own, but it becomes even more powerful and convenient when they work together.

Do you have any other examples of apps that work together like this? I’d love to hear about it in the comments.

[…] Again, Documents is FREE, but one of the most innovative features is that Readdle has built it to work with its other apps including more PDF expert which allows you to add notes and more to your PDFs and a Scanner Pro their awesome iOS scanning app. My friend Brooks Duncan does a great job of explaining these advanced features in this post. […]