He wanted to show a picture of it, so he did a comparison that I wouldn’t have thought of: 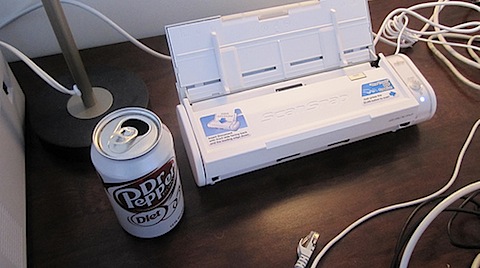 It looks like he picked up the ScanSnap S300M, but its the same size as the new ScanSnap S1300 so the comparison still holds.

So, if you were ever wondering how big a mobile ScanSnap is compared to a Dr. Pepper can, there you go!