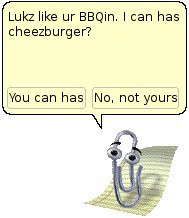 If you are a Windows user and already have Microsoft Office XP through 2007, chances are you already have the ability to OCR documents to get the text out of them.

It’s called Microsoft Office Document Imaging (MODI). I’m not going to lie, what I am about to show you is not exactly the best way to OCR documents. If you have software that came with your scanner, I’d stick to that.

However, if you don’t already have OCR software and all you want to do is get some text out of an image, the software you already have is better than nothing at all.

If you don’t see it there, never fear. It’s an optional part of the Office install. In Control Panel, go to Add/Remove Programs, select Microsoft Office, click Change, and then select add features. You will find MODI under Microsoft Office Tools. Install it and you should be good to go.

Ah Microsoft, I Love You

In this example, I’m going to assume that we want to get the text out of a PDF that has not been OCR’ed already. Sure you could use MODI to scan a document in, but I figure if you have the hardcopy document and a scanner, you’d probably just use the scanner’s software anyways.

Copying A PDF In

Since we can’t actually import a PDF, we’re going to do some copy & paste magic.

Open up your PDF in Acrobat Reader or whatever PDF reader you are using and either Select All or Select just the portion you want to OCR. Then hit Copy. 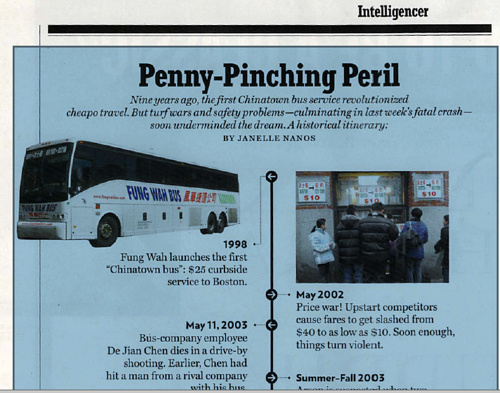 (By the way, that’s my picture of a Fung Wah bus that made it into New York Magazine. Aren’t you proud of me?).

Then switch to MODI, and you would think you would go Edit > Paste right? Of course not! This is Microsoft!

Instead go to Page and then Paste Page. Voila, the image you just copied is now in Microsoft Office Document Imaging.

So now that you have the image in MODI, what do you do with it? To OCR the text, go Tools and then Recognize Text Using OCR.

You can then save it as a TIF (though I understand that only MODI can read that TIF), or MDI. Since that is more than a little useless, I’m going to cover sending the text to Word.

To send the text (and graphics, if you’d like) go up to Tools and then Send Text to Word. The OCR’ed text will then appear in a Word document with all the images at the bottom, if you checked the “Maintain Pictures in Output” box.

So, again, this is not the greatest OCR process in the whole world, but hey. If you’re a Windows user you probably already have Office, so it’s good to know what is available if you ever need it.

I don’t know whether it’s just me or if perhaps everybody else encountering issues with your website.
It seems like some of the written text on your posts are running off the screen.
Can someone else please provide feedback and let me know if this is happening to them too?
This could be a problem with my web browser because I’ve had this happen before.

Thanks for it. I appreciate your guide. As for me, I frequently use LightPDF to convert image into editable text. This program is for free. You can try it here: https://lightpdf.com/

I have used MS Document Imaging extensively and it is a good solid product. One point on which more finesse would be very helpful is when doing OCR on materials published in languages other than English. This is especially helpful when translating material. French and Spanish dictionaries come with the English language pack, but installing other language packs (certainly so far as Windows 7) is a minefield and there is no certainty that installing the relevant language pack will translate into a dictionary available in MS Document Imaging to aid OCR. One would think this a higher priority for MS in a globalising world.

This recommended Microsoft Office Document Imaging software really makes things different when I have no time to install other tools but want to get the text out of images desperately. However, it just allows to import file in MODI or TIFF rather than PDF, which seems inconvenient for me at most times. If you get time and energy to download and install OCR software, you can get more options to facilitate your OCR to Word process: http://www.ocrtoword.com

I am looking for a tool which will return the layout or coordinate information of words inside an image.
For example an image have some words. This tool should return the coordinates (x and y) of each word inside the image. I tried Microsoft OCR, but it is only for mobile applications.
Can you suggest anything?

Thank you so much for your very thorough article. It was very comprehensive and has provided me a very helpful direction for several problems with editing photos from my camera phone. Being notably smart phone (and OCR)illiterate was shocked find myself the owner of an android phone with camera. Although following the camera instructions included with the phone my first photo efforts were disappointing. At a total loss as to how to process pics for better reception.

As a seasoned photographer, hoped my new smart phone camera would be fun. Having spend HOURS of my precious weekend time researching and trying to find the ‘burst’ collection of pictures I thought I took last evening discouraged to discover that they are only single ‘snap shots’ and that my photo editor software really doesn’t do much for them.

Will redirect my energies in your suggested directions: already owned printer/scanner software.

Nice article: I used it in enterprise, without any problem. Very nice & clear!
Thanks !
MODI is here, and useful.
The integrated OCR from Microsoft is less powerful than a free ocr I found online, but it’s much much more easy to use.

And last point, I had a problem copying the pdf on a page, at first my pages were blank.
In Acrobat, I had to copy the file in the clipboard right after copying. And then everything went fluent.

Great article, it's so nice to come to a site that explains things simply and fully Thanks.

Thanks for this article. Great tip (To use Page>Page Paste instead of Edit>Paste).