Update Your Transporter Desktop To 2.5

Update Your Transporter Desktop To 2.5 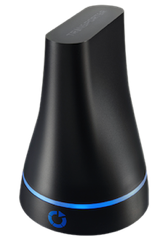 As I mentioned on my appearance on the Mac Power Users show, I have been testing out storing my paperless documents on a Transporter.

So far, it has been great. I have my documents accessible from anywhere, and they are under my control.

The other day, I noticed a typo in one of my folder names, so I renamed it in the Finder on my Mac. The folder disappeared.

I restored the folder from Time Machine[1] and reproduced it to make sure that I wasn’t going crazy, and then it was time to contact the Transporter support folks.

It turns out there was in fact a bug with the Connected Desktop software, and they’ve released version 2.5 that fixes the problem. At the time of writing it has not been rolled out to the automatic update system, so I recommend updating manually if you don’t want to lose something.

As far as I can tell this is a problem on the Mac only, and does not exist on Windows.

Here is what you do: 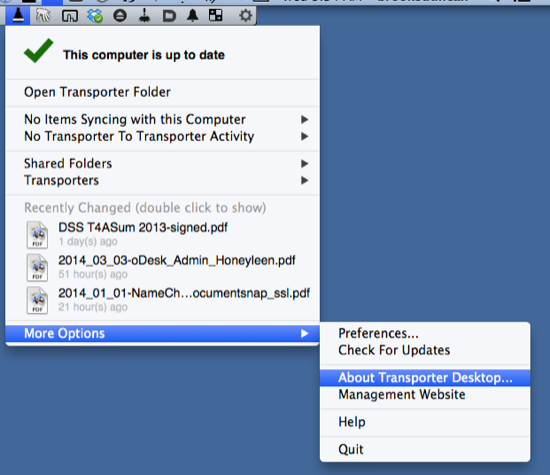 You will now be all updated to 2.5, and you should no longer have the folder deletion problem that I experienced.

Best news to start my day!
I thought I was going crazy after renaming a couple of files and they disappeared right away. It only happened when changing a letter into caps instead of small caps or vice versa, not when renaming into something else.
I wasn’t feeling very confident with my new purchase…
I hope it’s fixed now.
Thanks for sharing.

I know what you mean about going crazy, and yes that’s the type of renaming I was doing as well. So far so good with 2.5 though. Thanks for letting me know I wasn’t crazy. 🙂

Good article. I checked and did get a notice that my desktop software was updated to the latest version (2.3) I then went to the website as described and downloaded and installed the 2.5 version. You are correct that I now have two apps in my application folder. What did you mean by this would get cleaned up? Should I delete the old version of the desktop software….. I did write the good folks at filetransporter and let them know I was not pleased.