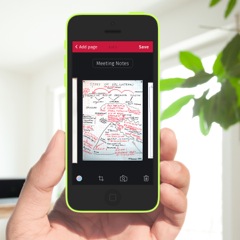 I am a big believer in having naming conventions for your files.

Usually you need to capture a document and then rename it later, but it is always nice when you can have your file named as much as possible at the point of scanning. It saves work later.

Scanbot is a popular scanning app that is available for iOS and Android.

It recently added some Pro features that are available via a $4.99 in-app purchase, and one of them is the ability to define your own “smart file name”. You can have your scans named the way that you want, and you don’t need to rely on whatever the app kicks out.

To start with, go to the settings by clicking on the gear icon. 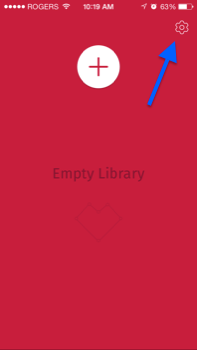 If you have unlocked the Pro features, you’ll see an option for Default File Name. Tap that. 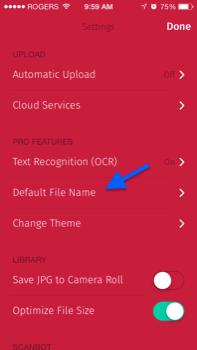 Now the fun begins. You can build your default file name by either typing in text, or you can use Scanbot’s predefined variables. Since I usually date my files yyyy_mm_dd, I set that up. Just for fun, I added the text MyScan and my city and neighborhood. 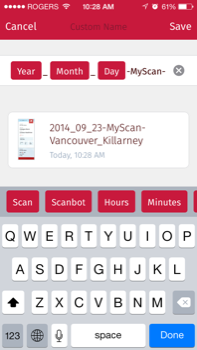 There are variables for date, time, location, and some predefined words like “Scan” and “Scanbot”. 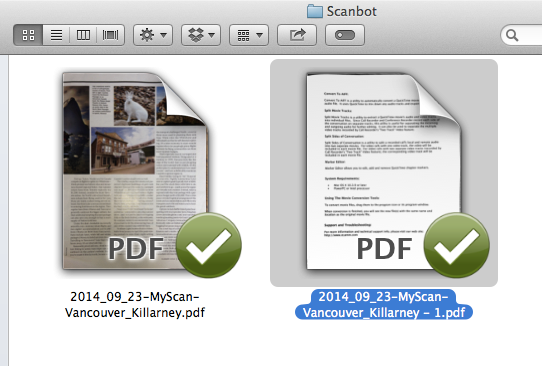 Once Scanbot has captured the document and uploaded it, you can see I have nicely captured PDFs named just the way I defined in the settings.

It probably would have been smarter to include the date and time in the name to avoid duplicate names, but you can see that the app caught my error and added “ –1” at the end.

It’s nice to see scanning apps adding little touches like this beyond just the capturing of the documents. Anything that makes mobile capture more efficient is a win.

Absolutely agree. I like consistency in my names for similar documents; my feeble brain can’t remember the other names I have used in the same folder. I’d be happy to pay for something like this.

This is a nice start to a good feature. I agree naming presets would be a huge plus. However, if I understand correctly one can only set a single naming pattern. For me, I would have hoped for multi/editable-presets. For example, being able to change the prefix/suffix to enable: “receipt”-date-city, “document”-date-city, “remember”-date-city, “research”-date-city, etc, etc.It would be so easy to have variable user defined schema e.g, “type” or “project” and the user taps that and the user-list of “types”/”projects” is displayed…so one can tap the applicable project or document type. Thus the schema would be: “Type” – “Project” – date – city, for example, with Project and Type being on-the-fly editable from preset user lists. That cant be hard to implement and would yield a world-class feature, IMHO.

Totally agree. Scanbot would a killer app with this type of naming schema. I would pay $10 for such a in-app purchase.