This blog post is nominally about a script to send Outlook 2011 for Mac emails to Evernote. In reality, it is a love letter to Justin Lancy aka Veritrope.

Whenever I need to create an AppleScript, there is a familiar pattern:

With that out of the way, let’s get down to our Outlook Mac to Evernote business.

First, in Outlook, click on the script menu to the right of Help and choose About This Menu….

Next hit the Open Folder button. 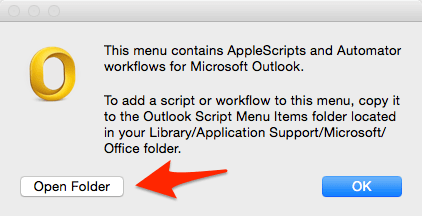 This will open the ~Library/Application Support/Microsoft/Office/Outlook Script Menu Items folder up in the Finder. Keep this window around – you’l need it in a minute.

Quit Outlook. (I don’t know if you need to do this, but why not.)

Next, go to the page with Justin’s Outlook 2011 to Evernote script.

Scroll down to the section titled THE CODE and copy everything in the box to the clipboard.

On your Mac, go to Applications > Utilities and start Script Editor. 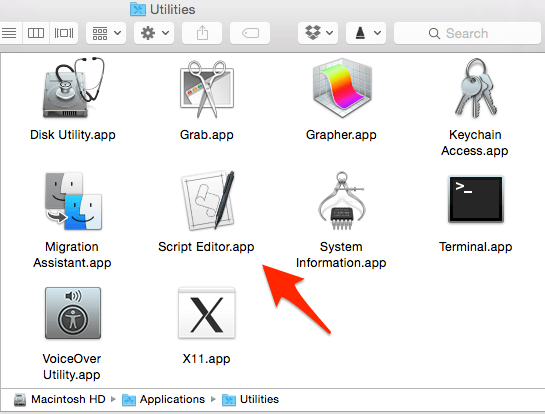 Hit the New Document button in the window that pops up. 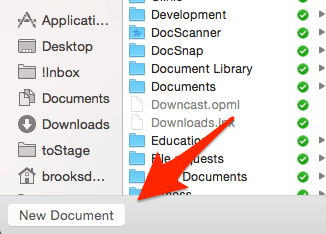 Next, paste the clipboard contents into the Script Editor window. Hit the little hammer icon to make sure there aren’t any errors. 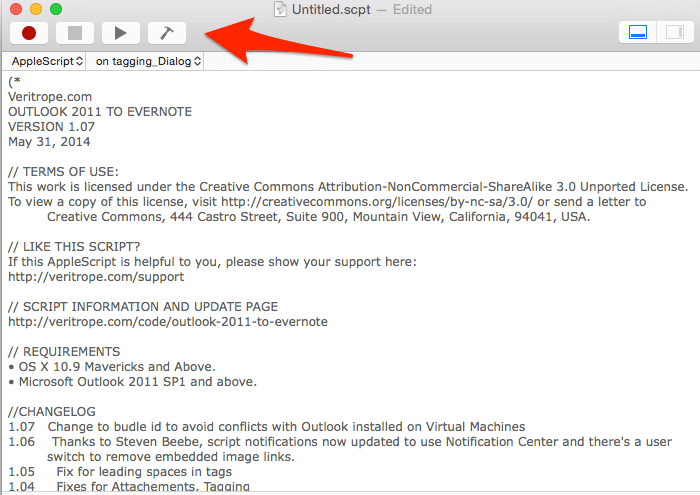 Go File > Save. In the Save box, if you know how, navigate to the ~Library/Application Support/Microsoft/Office/Outlook Script Menu Items folder. If not, go to to your Desktop for now. We’ll copy it in a minute.

You could just give your script a name like Send To Evernote.scpt, and it will work well.

However, if you want to be even more efficient, you can give the script a name that will let you use a keyboard shortcut (you’ll see what I mean in a minute).

Try giving the script a name like Send To Evernote\mE.scpt (that’s a backslash small m capital E). Trust me.

Once you’ve given your script a name, save it.

If you didn’t already save it to the Outlook Script Menu Items folder, copy it from the Desktop to that Finder window we opened up at the beginning. Your script will now be there.

Use The Outlook Mac To Evernote Script

Now when you click on the Script menu, Send To Evernote should be there, and if you used the ninja trick, you’ll see that it has a keyboard shortcut of ⌘E.

Select an email in Outlook and hit Script > Send To Evernote. A popup box should appear. Leave as default for now and hit Create in Default Notebook. 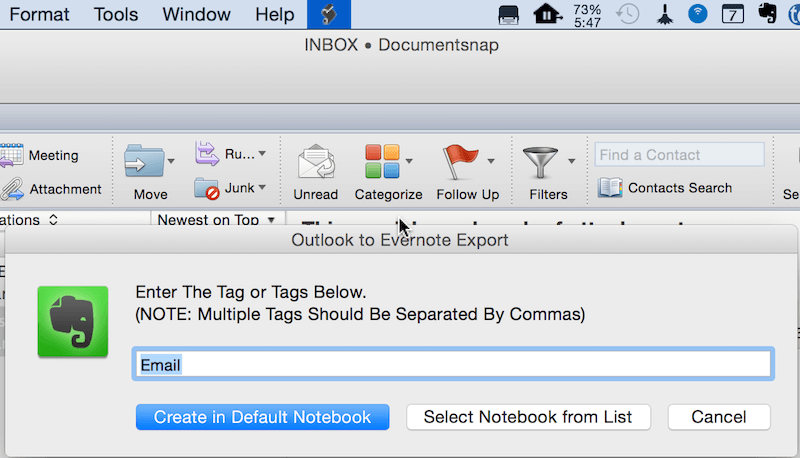 Go to Evernote and go to your default Notebook. Your clipped email should be there, and a header will have been added to the top of the Note. 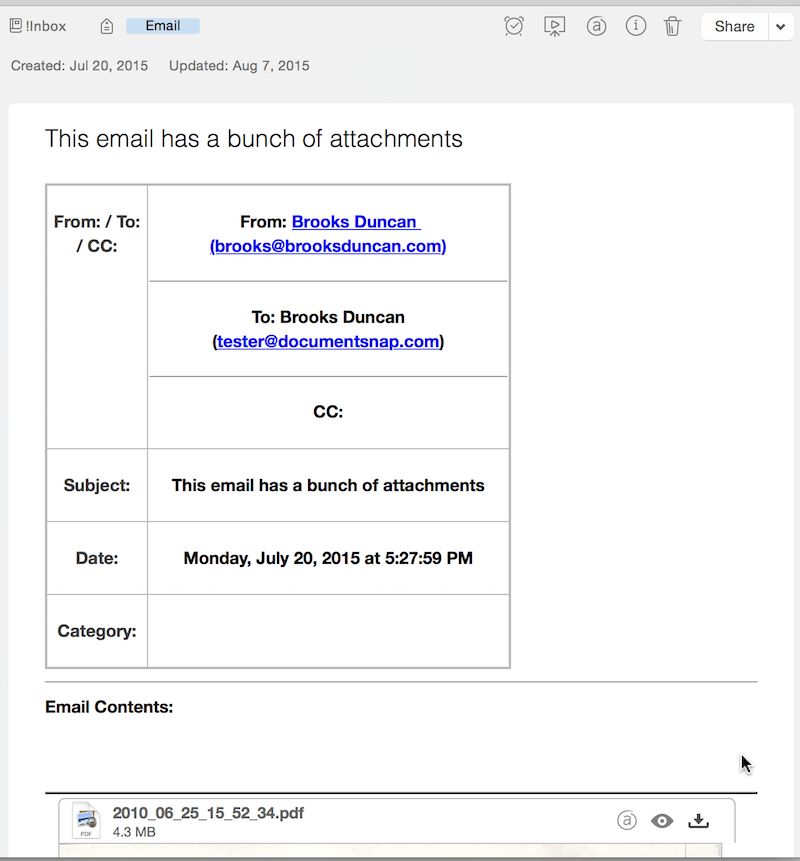 Try again in Outlook, but this time hit ⌘E (or whatever you set as your shortcut) and try selecting a Notebook.

If you’d like, you can have the script automatically save the email to your default Notebook and not pop up the window. See the User Switches section of the script.

You can also remove or modify the header, though that takes a bit more hardcore script editing.

If you want to have a quick and easy way to save emails to Evernote from Outlook, Justin’s script should do it. If you find it useful, make sure you kick him a few bucks through his donation link.