How To Move Evernote Database To A New Computer

How To Move Evernote Database To A New Computer 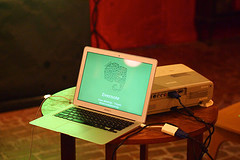 So you are an Evernote user and you want to move your database to a new computer. Maybe you’re moving from Windows to Windows or Mac to Mac, or maybe you’re switching to an entirely new platform.

Moving Evernote can be easy, but there are some things you should think about before you start to make sure that you don’t lose data.

A surprising number of Evernote users only use Evernote via the website. In fact, in many cases people don’t even know there is software you can install.

If that is you, everything you need is already stored on Evernote’s servers. Just start using Evernote via your web browser on the new computer, and you are good to go. The most you may need to do is create a new shortcut.

If you are a Mac or Windows user and all of your notebooks are synchronized, it means that they are on Evernote’s servers already. There are ways you can move your data over to a new computer (more on that later), but by far the easiest way to go is:

If you have some or all of your data in local notebooks, it means that they are not synchronized to Evernote’s servers, which means that the data exists only on your computer.

In other words, if you are going to lose data when moving to a new computer, it is probably going to be in these local notebooks.

One option is to move over your Evernote data files entirely (more on that later), but Evernote’s recommended way to go is the following:

It is possible to move the Evernote data files. I typically don’t recommend this unless you really know what you are doing, because you can mess things up.

However, if you really want to…

The Windows Evernote database is contained in one big file called username.exb. Of course, replace with your own user name.

There are many Evernote forum threads describing the process of moving the database to a new location. Here is one of them, and here are the instructions from user Wenn:

The Mac database is a bit trickier, because the location of the database depends on where you downloaded Evernote from.

Here is an Evernote forum thread which describes where the Mac files are stored. As user Metrodon says:

If you downloaded directly it’s in ~/Library/Application Support/Evernote
If you downloaded from the app store it’s here ~/Library/Containers/com.evernote.Evernote
And, if you have an iMac with a fusion drive, it might be here
/Library/Containers/com.evernote.Evernote/Data/Library/Application Support/Evernote/account//

Install Evernote on the new computer, quit the app, rename or move the existing folder, and then copy over the folder above from the old computer.

If you still have your old computer, compare note counts and do some random testing of notes to make sure things have moved over correctly. The greater the percentage of notebooks you have synchronized, the easier all this will be.

[…] How To Move Evernote Database To A New Computer […]

Hi Brooks, thanks for the useful tips — I am a premium Evernote faithful user. Can you briefly outline how best to delete all traces of my Evernote database from an old computer I am giving away to someone else? Along similar lines, if I log into my Evernote account from someone else’s desktop client, does that download my entire database onto their computer? I assume logging into the web client only does not download anything onto the computer — is that correct? Thanks in advance!

OK, I’ll see if I can work that into my Evernote webinar I’m doing soon. You can see more info about that here: http://webinarjam.net/webinar/go/3245/61dc09a67c.