Dropbox Selective Sync - Save Space On Your Computer

Dropbox Selective Sync – Save Space On Your Computer 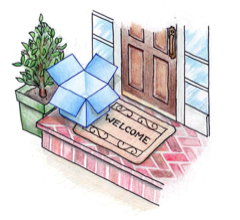 In Summer 2014, Dropbox started offering much more storage for Pro customers. $10 a month now gets you 1 Terabyte of space.

This is great, but there is one small issue. Many of us are stuck with small hard drives – how do you take advantage of 1 TB of storage space if you only have a 250 GB hard drive?

Dropbox’s automatic synchronization, which is usually awesome, becomes a problem in this case.

Your friend is a slightly hidden feature called Selective Sync. It allows you to control which folders stored in Dropbox get copied down to your Mac, Windows, or Linux computer.

Dropbox has a Help page called How do I save space on my computer? that shows how to enable and use this feature.

By default it will show you the instructions for the computer you are accessing the page from, but in the top-right of the screen you can switch between Mac, Windows, and Linux instructions.

Selective Sync is also helpful if you want to install Dropbox on a computer but don’t want to have certain sensitive folders copied to the hard drive (just remember that theoretically someone could just go in and check the folders and still get at your stuff).

Dropbox’s Selective Sync is one of those really handy features that not many people know about. Definitely check it out if you are space constrained.

Dropbox and the Dropbox logo are trademarks of Dropbox, Inc.