How To Get Your Software Issue Or Feature Request Looked At

How To Get Your Software Issue Or Feature Request Looked At 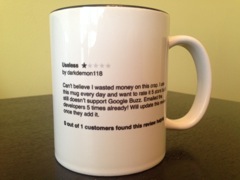 It can be extremely frustrating to run into a problem with a software application or service that you are using, especially when you have paid money for it. You can feel helpless or even ripped off.

As I mentioned briefly in my Productivity Blueprint Review, I spent years working in and running a software support department.

Now I spend my time reading software forums and blogs to keep up on what is happening, and I constantly see customers shooting themselves in the foot.

There are some very easy things you can do to make sure your issue will be dealt with more quickly, or to make sure that your feature request is considered seriously. Anyone who has spent any time in the Evernote forum will recognize most of these.

TL;DR version: Software companies are made up of people. Act like a decent human being, and you will likely be successful.

Things Not To Do

1. Be A Jerk To The Support Rep Or Forum

The person you are dealing with is very possibly not the person who will be able to ultimately fix your problem. However, what they can be is your advocate inside the company to get your situation resolved. It makes sense that the more they like you and have rapport with you, the more they will fight for you with development and Product Management to get things solved.

2. Say A Feature Or Product Is Terrible

No one likes to be made to feel bad about the product they have worked hard on. Who knows, maybe it is terrible, but insulting someone’s work is not the way to improve it. Be constructive.

3. Say A Feature Is Useless

Maybe you have no use for a new feature, or even the whole product. That’s cool.

Why would you spend your time telling everyone about something you can’t use? Obviously this feature works for someone, or it wouldn’t be there.

Developers hate the word useless. If it doesn’t work for you, just ignore it, or if you have constructive feedback on how it could be better, share that.

Many companies are using the “freemium” model. The basic service is free, but extra features or storage are only available to paying customers. Seems more than fair to me. However, I see posts like this all the time:

I’m a free user and have no intention of upgrading to Premium. Why can’t I do feature x? This is ridiculous.

Maybe it is true that you will never upgrade to Premium, but why on earth would you say that? You’re telling the company straight off the bat that you have no intention of becoming a paying customer, so why would they put resources into helping you.

5. Say You Will Only Pay Or Increase Your Rating If x Is Implemented

This is another one that developers do not respond well to. No one appreciates being held hostage. Heck, Marco Arment made a mug about it.

I am sure that people who say stuff like this almost never become paying customers.

For Christmas we bought my oldest son a very expensive Lego robotics set that he gets hours of enjoyment out of to this day. My youngest son isn’t interested in toys, so we gave him two soccer jerseys[1]. Whenever the topic of jerseys comes up, my oldest one complains about the teams he doesn’t have that my youngest one does.

The other day I was reading the Evernote forum and within 15 minutes of each other, two posts appeared: one complaining about the features that Windows has and the Mac doesn’t and how the Windows platform is “always” ahead, and one complaining about the features that Evernote Mac has that Windows doesn’t and how the Mac is “always” ahead.

It probably looks like adding a checkbox or changing the position of something is an easy fix. However, you don’t know what needs to go on in the code to make that change.

8. Accuse The Company Of Being Crooks

Billing issues happen. It can be scary when you pay for something and you don’t receive it. If you are dealing with some shady website somewhere, you probably have reason to be concerned.

If you are dealing with a reputable software company, it is pretty safe to assume they are not criminals looking to rip you off for $40. Something obviously went wrong, so give them a chance to make things right. No need to contact your Attorney General.

OK, these are some things not to do. What can you do to make things go more smoothly?

1. Be Clear What The Issue Is

You lived through the problem you just had, but your support rep or developer is going in blind. To the extent possible, provide error messages, screen shots, and things you were doing that led up to the problem. It will really help speed things up.

2. Explain Why Your Feature Request Is Important

If you have a feature request, try to think beyond yourself. Are you an edge case? Is this feature something that lots of people would benefit from?

It’s the company’s job to do research not yours, but if you know that attorneys would really benefit from feature X, or you’ve noticed many people complaining about a certain behavior, it can only help you to point the company in the right direction.

It is often not realistic to report an issue on March 25 and demand to know why it isn’t fixed in the April 2 release. Unless something is absolutely critical, these things take time to prioritize, design, develop, and test.

Again, the inner working of a company’s development process is not your problem, but it is better to have something properly developed then a half-assed solution rushed out the door.

This might sound like it conflicts with #3, but I don’t think it does. Support reps and developers are often overloaded and putting out fires.

Don’t be afraid to do a friendly check-in once in a while to see where your issue is at. Don’t be a jerk about it, but you do want them to keep you in mind.

Often the developer or support rep will ask you for more information on an issue or request. The faster you can get back to them, the faster you will have a solution.

I recently read Dale Carnegie’s How To Win Friends And Influence People. I have no idea why it took me so long to read it, but following the principles in that book can only help you with dealing with support reps and developers.

Do you have any other tips for getting your software issue or feature request implemented? Let us know in the comments.