Amazon Releases A New Kindle, Does Anyone Care?

Amazon Releases A New Kindle, Does Anyone Care? 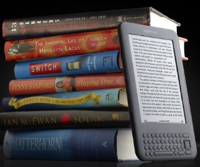 Once upon a time there was a device called the Amazon Kindle, and people loved it. Really loved it. They wouldn’t stop talking about what a great device it was.

Then a bunch of smaller manufacturers made cheap e-Readers that, let’s face it, were nowhere close to the Kindle.

Then along came big bad Steve Jobs and he released a little thing called the iPad. People loved it, really loved it. They wouldn’t stop talking about what a great device it was.

The poor old Kindle started looking a little cast aside. Not too many people were talking about it anymore.

What did Amazon decide to do? They decided to go for the best of both worlds: make a better Kindle and sell it at a price that makes the cheap e-Readers not make any sense to buy.

As you may or may not know, Amazon has released a new Kindle. The screen is the same size but the device itself is smaller (by 21%) and lighter (by 15%) compared to the old Kindle. Here’s a size comparison shot: 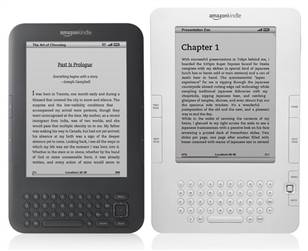 They have also added the E-ink display from the Kindle DX, so the contrast is much better.

There are some other changes, but the biggest news is, of course, the price. It is $189 US for the 3G Kindle, but Amazon has also released a Wi-Fi only Kindle for $139.

If you don’t care about having 3G, $139 is a pretty crazy price for an e-Reader of this quality.

My question is, however, has the iPad stolen the Kindle’s mojo for good? Or is the reading experience on the Kindle so much better that it’s in a class of its own and the iPad doesn’t matter? I’d love to hear your thoughts in the comments.

(By the way, I guess the fact that the device is sold out and waiting-list only on Amazon kind of answers my question. Someone out there is snapping these things up).

The answer is emphatically YES. If you are a real bibliophile there is no comparison between the ipad and the kindle, esp. v3. You would never even consider an ipad for reading, esp. if you care about your eyes. I can see where an ipad user that reads the occasional book might be okay with it, but for anybody that reads more than one book every 6 months there is NO comparison imo.

Thanks for your input Will. That's the comment I have seen a lot: if you are serious about reading, Kindle is the way to go.

almost the exact same thinking on my end. im guessing if the kindle's price keeps following the same trajectory as it undoubtedly will then i might get one just for kicks. the major limitations at this point for me:

* i've bought books on apple ibooks AND kindle and they both work in their respective apps on the iPad. i can't access ibooks content on Kindle however so i'd lose whatever i invested there when using the Kindle. (that said, Amazon has a much better selection)
* i am trying to avoid gadget clutter as well but i've also realized that there's a huge audience for devices in the iPad size and form category especially in my family so there's always someone i can pass on the extras to.

Good points on both counts. Thanks!

I prefer the iPad, but that's because I dabble in ebooks. I'm not ready to sink a bunch of money into books encumbered with DRM for a particular store. But if you do have a lot of ebooks, I think the pure reading experience is probably superior to the iPad, and depending on the person's values, I think there's still plenty of room for dedicated ereaders.