I have a theory, based on no data whatsoever, that Fujitsu is going to sell a lot of ScanSnap S1100 scanners to people who already have another ScanSnap.

Your average home or small business user will most likely not need multiple scanners, but I could see people who travel a lot, visit client sites, or hit trade shows benefiting from having the S1100 as their portable scanner while leaving their S1500, S1500M, or S1300 back at the office. At a sub-$200 price point, this lets them have a the best of both worlds: a fast and high powered dual sided scanner at the office, and a fast and mobile scanner on the go. 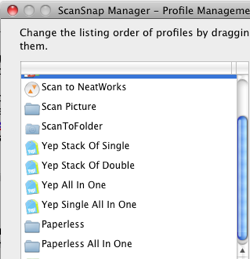 I was very happy to see that my old ScanSnap Manager profiles were carried over when I installed the S1100’s software. They also did this when I upgraded from the S300M to the S1300. This is a very nice touch for power users.

Scanning with my pre-S1100 profiles on the ScanSnap S1300 continued to work with no problems that I could see. You can see that the “scanning” progress window has a new look.

One nice thing about the S1100 is that it will now scan directly to Evernote, meaning that you don’t need to do any ScanSnap Evernote integration tomfoolery. Is that a hardware or a software thing? Let’s find out.

In case you’re wondering what the difference is, Document will attach the scan as a PDF to a new note whereas Note will embed the pages as JPGs in new notes.

On the Scanning tab, with the S1300 turned on, you can see that we have the option for both double-sided and single-sided scanning. 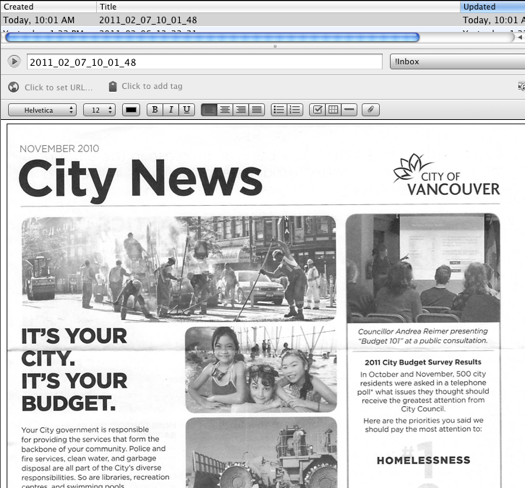 One interesting note, when I have the S1100 plugged in and turned on and go into that Scan To Evernote profile, on the Scanning Tab I now only have the option to scan single-sided.

Now let’s try to scan to Google Docs using the S1300. Here is the Application settings button of a new Scan To Google Docs profile I have created. 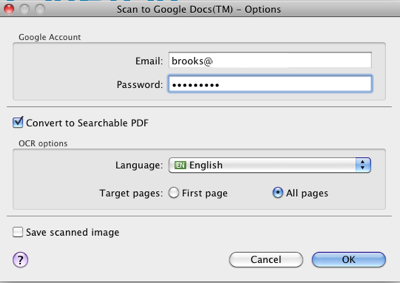 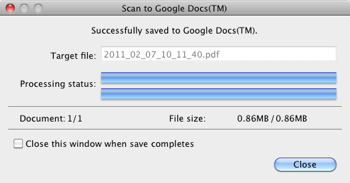 …and, there it is in Google Docs scanned with my ScanSnap S1300. 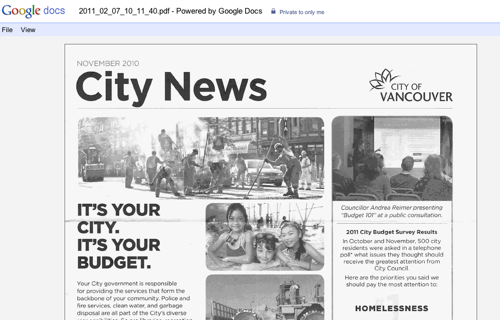 Scan With Both ScanSnaps Plugged In

What happens when you have both ScanSnaps plugged in and turned on at the same time? Will a hole open up in the space-time continuum?

Looks like those killjoys at Fujitsu were one step ahead of me.

So, there you go. As far as I can tell, as long as you are using only one ScanSnap at at time, using older models like the ScanSnap S1300 will work fine with the ScanSnap S1100’s software.

Have you tried running multi-ScanSnap? Let us know your experiences in the comments.

I see this is quite an old post, but still I wanted to share my experience with installing the ScanSnap Manager software on Mountain Lion and running it on my old S300M. In a nutshell, it works great!

As Joseph already mentioned, you need to first install the v2.2 software that officially supports the S300M, then proceed to install the new v3.2 version, then make sure you do an online update to download the latest code, which is needed for proper Mountain Lion support.

Now I do have all the new goodies provided by ScanSnap Manager on my S300M! Great tip!

Thanks so much Luca!

[…] the time, I wrote this post about the S1100 software that takes you through the Evernote scanning functionality. Now with the update, you can do this on […]

Ive bought a S1300 and it comes with ScanSnap Manger 5.1 are you saying that the S1100 has an even newer version and if so what is it thanks!

FWIW, I found this didn't work with my S300M and software for the S1500M, unless I installed the S300M version of ScanSnap Manager first. Then it works great with the new software. You may have found the same result.

Hey, thanks for that. What I am missing from the article is what's the difference between the new and the old software? I have a S1500 and thus the old software. Why would I want to go to the new software?

The only real benefits (off the top of my head) are scanning to Evernote built in and Scanning to Google Docs. If you don't need to do any of those, you wouldn't want to bother. Also, both of those can be done without the new software so it wouldn't be worth picking up an S1100 just to be able to do that.