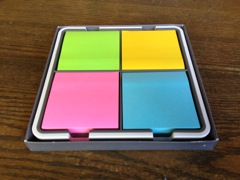 I have to admit that when Evernote announced their partnership with 3M and released Evernote-branded Post-It notes, I thought it was more than a little goofy.

Post-It notes? Really? I am not a sticky note person myself, but I know many people are. What is so wrong with normal Post-It notes that there needs to be a special Evernote version?

I was happily living my life ignoring these products, until I attended a few conferences and talked to people who use them all the time and they all seemed to really like them.

I decided it is time to try them out for myself, so I ordered a pack on Amazon (they are a bit cheaper there). I decided to buy the 4-pack because it comes with three months of Evernote Premium.

I also decided to test it with non-Evernote sticky notes. More on that below. 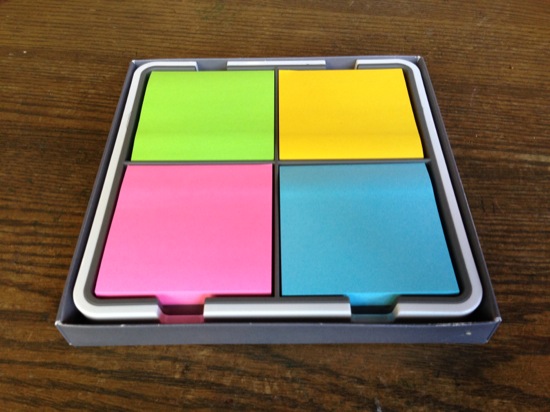 Why Are These Post-It Notes Evernote-y?

As far as the products themselves go, there is nothing too different about them. You use them like you would any sticky note (I assume you know how to do that).

The key is the four colors that the notes come in. You might call them blue, pink, green, and yellow, but you would be wrong. In fact, they are “Electric Blue”, “Neon Pink”, “Limeade”, and “Electric Yellow”.

The magic happens in the Evernote mobile apps for iOS, Android, and Windows Phone. They have a special Post-It camera mode that is specially designed to recognize Post-It notes.

You use the Evernote app, put it in Post-It mode, and take the picture. 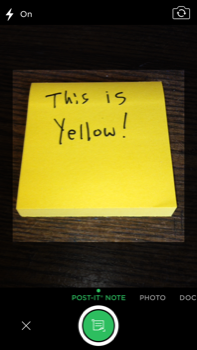 The Evernote app will recognize the sticky note, clean up the image, and create a nice looking note in Evernote for you. 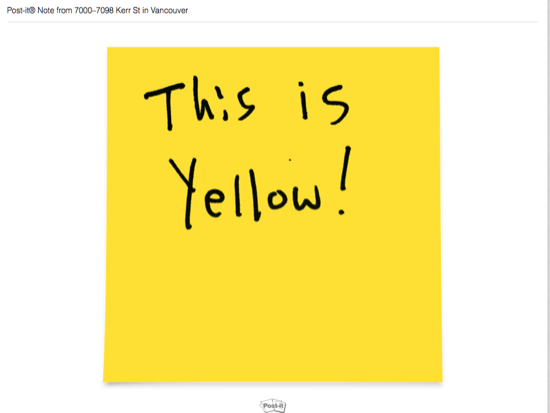 That’s interesting and all, but many apps will auto-detect the edges of a document and clean up the image. Big deal.

This is where the special Evernote Post-It colors come in. Buried in the settings of the Evernote mobile app[1], you can have Evernote take actions based on the color of the Post-It. 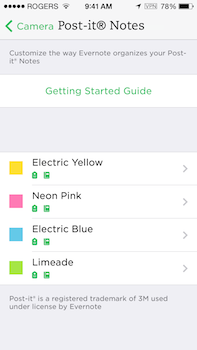 For each color, you can have the note automatically go to a certain notebook, add a certain tag, and/or create a reminder. 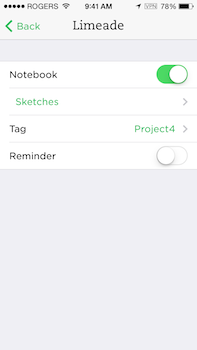 For example, in this screenshot I had all four colors set to go to a Sketches notebook, and for Limeade (aka “green”) notes I asked it to tag it with Project4. 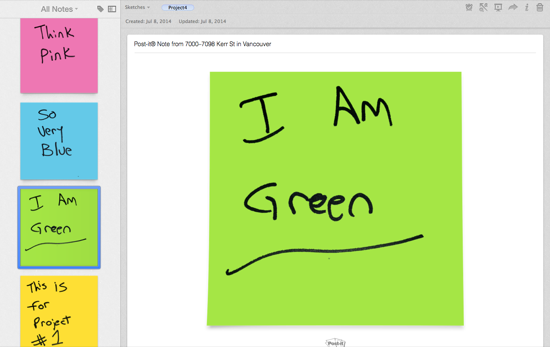 Whenever I have seen the Evernote Post-It Notes online, the examples have always been written/drawn with big chunky black marker.

I decided to try it with a blue ball-point on an “Electric Blue” Post-It. 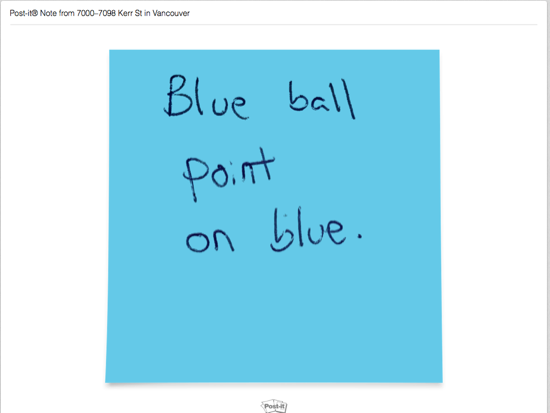 It turned out surprisingly well. If the text looks a little sketchy, that is due to my pen running low on ink and not due to Evernote’s app.

What About Normal Sticky Notes?

I know what you are thinking – do you need to use special Evernote-branded Post-Its?

I wondered that too, so I gave it a try. 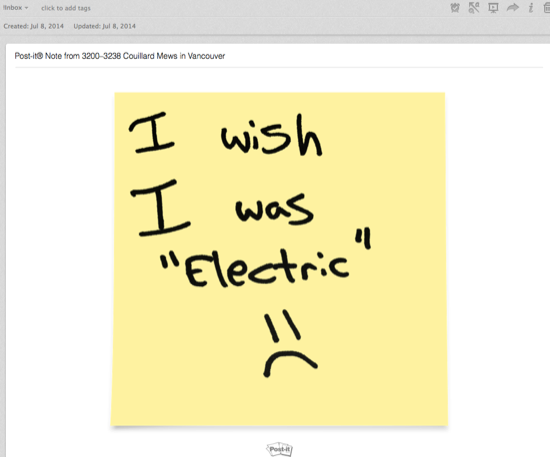 The Post-It camera did crop and clean up the image, but even though it is yellow, apparently the yellow is not “Electric” enough. It didn’t move it to the Sketches notebook and it did not tag it.

I was at the dollar store and noticed this pack of off-brand sticky notes that look suspiciously like Electric Yellow and Neon Pink. Would the Evernote Post-It camera recognize a $1.29 CAD 2-pack? Let’s find out. 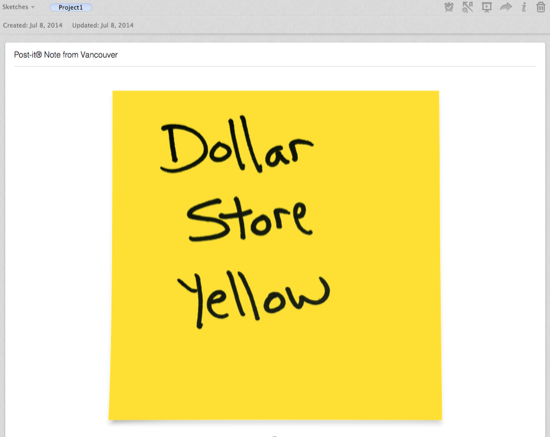 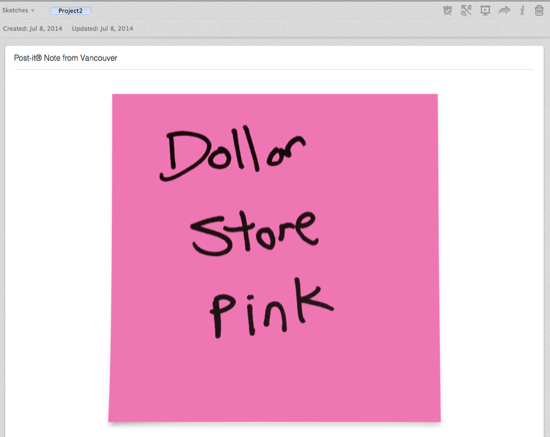 Amazingly, the Evernote app on iOS does see these dollar store sticky notes as Electric Yellow and Neon Pink and files them away. Wow!

I Am Almost A Believer

As I said earlier, I am not really a “post-it note guy”. I mostly make notes digitally or in my Wipebook.

I still think the idea of Evernote-branded Post-Its is a little goofy, but I have to admit that the execution is excellent.

If you are someone who uses sticky notes and you are an Evernote user, it may be worth giving it a try (again, it is cheaper on Amazon). The free Evernote Premium months make it almost worth it if you don’t stumble across a dollar store find like I did. This article was helpful. I was wondering about the same things. Thank you.

Undeniably consider that that you stated. Your favourite reason seemed to be on the net the easiest factor to take note of.
I say to you, I certainly get irked at the same time as people consider issues that they plainly don’t understand about.
You managed to hit the nail upon the top and outlined out the entire thing with no need side-effects ,
people can take a signal. Will probably be back to get more.